As the hydrogen energy industry enters a period of rapid development, ensuring stable, reliable and low-cost supply has become an urgent need for its high-quality development.

Combined with the characteristics of rich raw materials, low cost, and mature technology, the advantages of coal-to-hydrogen production are undeniable. But at the same time, the "pain points" of high pollution and high carbon emissions cannot be avoided. Can coal and hydrogen energy achieve coordinated development?

According to Liu Feng, Vice President of China Coal Industry Association, the high proportion of coal-based hydrogen production is mainly because coal is the only advantageous mineral in my country, with large resource reserves, strong mining capacity, and mature large-scale coal gasification hydrogen production technology. In terms of technology, there is a good guarantee for hydrogen production.

According to Liu Feng, in recent years, with the development of modern coal chemical technology and equipment, my country's large-scale high-temperature coal gasification technology and equipment have continued to mature, and various types of large-scale coal gasifiers with independent intellectual property rights have been continuously demonstrated and applied. "Taking a 2,000-ton multi-nozzle coal-water slurry gasifier as an example, through all conversion to produce hydrogen, it can produce more than 120 tons of '4 9s to 5 9s' (concentration 99.99% to 99.999%) per day of high-quality, high-quality The pure hydrogen, estimated according to the hydrogen consumption index of the existing hydrogen energy vehicles, is enough for 130,000 cars to run 100 kilometers.”

From a cost perspective, coal-to-hydrogen also has advantages. The data shows that the cost of producing hydrogen from coal is low, and the production cost per kilogram of hydrogen is only 10-15 yuan, which is 20%-25% of the cost of hydrogen production by electrolysis of water, and about 40% of the fuel consumption cost of existing gasoline vehicles.

However, from the perspective of the existing consumption structure, my country's hydrogen is basically used in the industrial field, with hydrogen accounting for 37% for ammonia synthesis, 19% for methanol, 10% for oil refining, and about 19% for other industrial fields. The real direct combustion accounts for less than 15%, and Not much idle. Liu Feng said that if the hydrogen energy industry develops in the future and hydrogen will be used on a large scale, the hydrogen source must be reliably guaranteed, and among them, coal-to-hydrogen can play the role of guaranteeing the bottom line.

Despite its outstanding advantages, coal-to-hydrogen is accompanied by an unavoidable problem - high carbon emissions. The production of 1 kilogram of hydrogen from coal produces about 11 kilograms of carbon dioxide. In the interview, a number of industry insiders said that under the "30·60" dual-carbon goal, the issue of carbon emissions from coal-to-hydrogen must be paid great attention.

He Jijiang, executive deputy director of the Energy Transformation and Social Development Research Center of Tsinghua University, told reporters that at present, my country's chemical industry has a large amount of by-product hydrogen, but the problem faced by the hydrogen energy industry is not lack of hydrogen, but lack of application scenarios. "Coal-to-hydrogen can play a role in technical verification in local areas, but from the perspective of carbon emission reduction, the negative effect of coal-to-hydrogen is prominent. Before CCS can not be applied on a large scale, large-scale coal-to-hydrogen can solve the problem of hydrogen source and hydrogen source. The two-carbon goal is the opposite."

Li Can, an academician of the Chinese Academy of Sciences, also said that one of the original intentions of developing hydrogen energy is to reduce pollutants and carbon dioxide. From the perspective of the whole process of coal-to-hydrogen production, storage, transportation, and utilization, it does not reduce carbon emissions, but only transfers emissions from the end to the front. "From the perspective of optimal utilization, it is more reasonable to use coal as a valuable raw material resource to prepare more important chemicals and materials."

However, in Liu Feng's view, the production of hydrogen from coal gasification emits high-concentration and high-purity carbon dioxide, which is concentrated, which is conducive to the harmless disposal of carbon dioxide and carbon recycling. At the same time, the low price of hydrogen from coal also frees up a lot of cost space for carbon burial and carbon recycling, and a good foundation for large-scale carbon capture, storage and utilization.

Guaranteed supply in the early stage of development

Faced with the reality of "mixed joys and sorrows", is there a way out for coal-to-hydrogen production?

Bao Xinhe, an academician of the Chinese Academy of Sciences, pointed out, "Real green hydrogen must be obtained through renewable energy sources. The process of electrolysis of water into hydrogen using electricity generated by wind, light and nuclear only emits hydrogen and does not produce carbon dioxide. Therefore, from carbon From the perspective of emission reduction, it is not recommended to use fossil energy such as coal to produce hydrogen.”

In this regard, Wang Hongjian, chief engineer of Beijing Gas Thermal Engineering Design Institute Co., Ltd., said that coal will not withdraw from the historical stage in the short term. The utilization of coal-to-hydrogen technology defines a corresponding time frame to guide the carbon-free green transformation of the hydrogen energy industry. "From a long-term perspective, with the maturity of the national carbon trading market and the increase in emission reduction, the cost of coal-to-hydrogen production will inevitably rise. At that time, hydrogen production from renewable energy may be transformed into a more economical hydrogen production path. "

Liu Feng believes that in the initial stage of development, the demand for hydrogen is not large, but convenience, low cost and stable supply are very important. "Although coal-to-hydrogen is the so-called gray hydrogen, carbon capture and storage will increase the cost of coal-to-hydrogen production. In the period when green hydrogen is not enough for low-cost and stable supply, coal-to-hydrogen may be used as an important source of hydrogen. In the stage of lower cost and larger scale of hydrogen production from renewable energy power generation, the combination of renewable energy production of green hydrogen and coal is used as a raw material to produce industrial products, to achieve carbon and hydrogen complementarity, and to better utilize the advantages of both. " 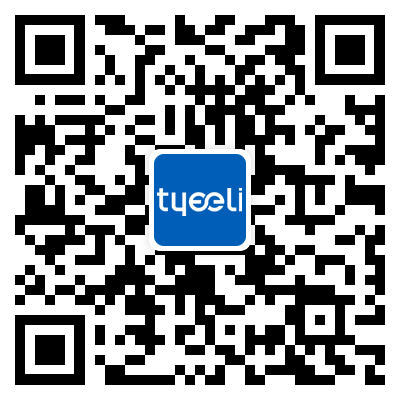